Starring Kunal Kemmu, Ram Kapoor, Chunky Pandey, Bidita Bag, and Asha Negi, Abhay 2 brings up a crime thriller series that leaves you curious with every move. Definitely a binge-watch, #Abhay2onZEE5 turns darker and murkier as the criminal leaves no way for the officer to save the children.

Plot of the Series

Yes! The criminal (prisoner) in the series is the famous daily-soap actor turned film actor Ram Kapoor who blackmails the investigating officer Abhay Pratap Singh (played by Kunal Kemmu). The plot gets interesting and engages the viewer deeper as challenges keep coming back to the officer in new forms. Abhay is one such officer in the series who has left behind his family and is able to devote his attention and time to solve the case as he moves forward on the #RoadToJustice. The investigative plot gets more attractive with the usage of high contrast images and deserted locations. 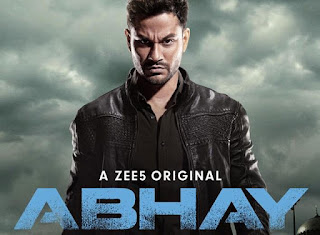 The shock value of the series has been woven into the script in such a way that it will not even warn you. So be prepared to bear the sudden shocks and yes, it’s not for the faint hearted!

When will the next Episodes of Abhay 2 be released?

The first three episodes of Abhay 2 on ZEE5 were premiered on the eve of Independence Day 2020. These three episodes have arisen the curiosity among the viewers as they binge-watch the clever criminal-minded actions of the hard-nosed Abhay Pratap Singh to save the children. The officer is pushed to his limits of his powers of deduction and endurance. 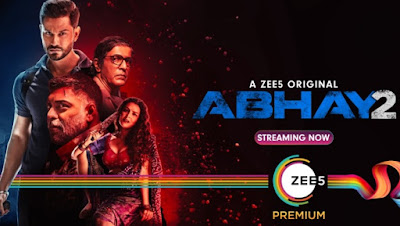 The next five episodes are curiously awaited by every viewer and might be released in mid-September as the Abhay 2 team started shooting the remaining episodes as soon as the lockdown was lifted. Although the dates are not confirmed, let us all keep our finger-crossed and wish for the early premier of the next five episodes!

How other portals have reviewed #AbhayOnZEE5?

The gut-churning crime series, Abhay 2 has been reviewed among the top thrillers with maximum rating of 4.5 out of 5.

Kunal Kemmu made his digital debut with Abhay season one on ZEE5 and is quite excited about the second part. He has worked tremendously to make this series a success and high ratings speak it all! In his fight for justice, Abhay was joined by Asha Negi (as a journalist) who was previously seen in Baarish, and Chunky Pandey who has been shown as a dual-faced criminal

Apart from this binge-watch psychological thriller, ZEE5 has some other mind-blowing thrillers available on the platter- Mafia and Hacked are among the top ones!