By Sumit Sharma December 05, 2016
LG India launched V20 smartphone in India today, with the price of Rs 54,999/- only. LG V20 will be available across India starting 6th Dec 2016 through retail stores and online exclusively at Amazon. LG V20 runs on latest Android Nougat, is the 7th major version of the Android operating system. LG is giving away free B & O headphones with the smartphone and it is launched with 64GB data storage version in India. 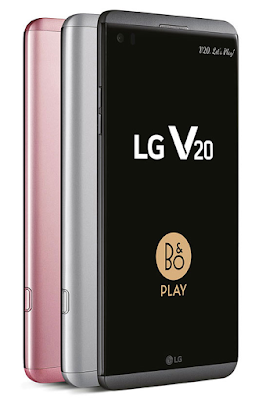 The LG V20 is powered by 1.6GHz quad-core Qualcomm MSM8996 Snapdragon 820 processor with 4GB of RAM. The phone is equipped with 32GB of internal storage that can be expanded up to 2TB. As far as the cameras are concerned, the LG V20 packs a 16MP front camera and a 5MP front camera for selfies. The wide angle capabilities on the front cam will allow you to capture selfies with a wider background. LG V20 is powered by a 3200mAh battery. It measures 159.70 x 78.10 x 7.60 (height x width x thickness) and weighs 174 grams.

The LG V20 is a single SIM smartphone. It includes connectivity options like Wi-Fi, GPS, Bluetooth, NFC, Dual-LED Flashlight, Infrared, USB OTG, 3G and 4G (with support for Band 40 used by some LTE networks in India).

The LG V20 also offers an MIL-STD 810G military certification. This is a standard set by the U.S. Army Test and Evaluation Command. LG V20 should be able to resist being dropped from about 4 feet.

Price vpn with no logging

The LG V20 is already available for INR. 54,999 in India. Amazon is the exclusive online partner where it will be available starting today. You also are eligible to get a B&O headset within the box as part of the package, a back cover, and 6-months free screen replacement.

LG V20 is the most feature-packed smartphone of the year 2016. LG V20 smartphone is a successor to one of the existing brand’s flagship devices, LG V10. Similar to its predecessor, this smartphone has a dual display and also come comes with a dual front camera. Featuring latest version of Android operating system along with other latest and powerful specifications, this device is one of the best you can opt for if budget is not an issue.